Read till the end for a GIVEAWAY!!!!! 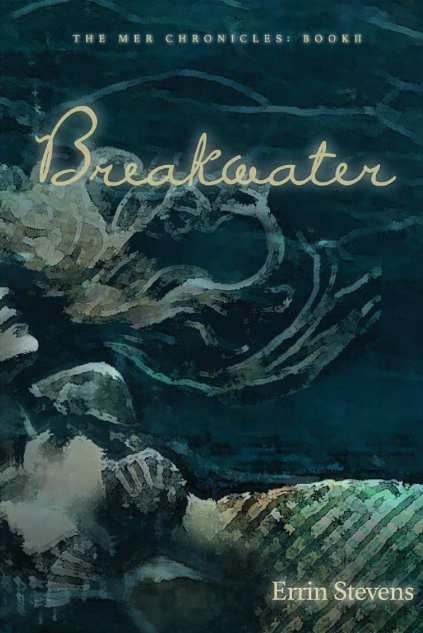 The sirens of Griffins Bay are in trouble, and the recent slew of royal suicides looks to be the least of their worries.

For one, unless a blood relative of the queen shows up, no one's around to staff the monarchy. Well, except for a whack-job bureaucrat and he seriously won't do. Worse is the community unrest threatening siren society, a problem caused by too many humans in the pool, which means Simon and his off-limit girlfriend will have to run and hide if they want to make more of their flirtation...

The solution doesn't inspire confidence at first, but the Blakes have everything at hand to set their world to rights - namely, a hidden queen, a dead prince, and a facility for human manipulation. Once they find their sea legs, they'll restore order, distribute smart phones, and drive that conniving bureaucrat to a grisly, satisfying end.

She sensed his death and then ignored the possibility for several days. She couldn't be sure, couldn't know after all this time, could she? More than forty years had passed since she'd last seen him, and they hadn't been bonded, not truly...how could she know?

But she couldn't stop herself from thinking about it; she felt the dissolution and it was not a feeling one could confuse. But...Peter? Why?

She experienced no real grief - she'd grieved over him, over their emotional catastrophe of a marriage, when she was still with him. But there was a distinct emptiness in her now, and a sadness that one of her kind was gone, someone she'd known as well as she knew anyone. Still, she felt unsure.

When she could no longer tolerate her unease, she dove into the lake and transformed, a delicious freedom she craved especially when troubled. Lake Superior had taken some getting used to - she was less buoyant here than in the salt water back home - but her feelings were clearer when she swam. She came here when she needed to think.

What did she perceive? She sifted through her thoughts and sensations, examining each carefully. No, she was not mistaken: Peter Loughlin was dead. And her, far under the water where hardly any light penetrated, she suffered for her clarity, felt her remorse more keenly. She cried both for him and for herself.

The decision she had always put off would never be made now, the one to tell him or at least get him word he had a daughter. Now he would never know he'd been a father, would never hear her apologize for leaving without telling him she was pregnant.

She liked to believe he would have forgiven her for fleeing as she had, for protecting their baby from the environment that had crippled them both. Peter's inner distress, so like her own, would have schooled him she hoped; would have helped him accept she would have stayed if she could have.

Her uncertainty dispatched, Seneca meandered toward the surface while watching the play of light on the waves rippling overhead. She slowed as she rose, unwilling to approach the world above yet, when this exit from her lake might well be her last. Twenty feet down, she paused to contemplate the most thrilling, heartbreaking endeavor she'd undertaken since running away four decades earlier.

She could no longer apologize to her dead husband, but she could find their daughter, explain to her who she was, where she came from. Knowing she would do this, Seneca wept with relief at the prospect; how many hours over how many years had she yearned for her child?

The orphanage and nuns who ran it were long gone - Seneca knew because she'd checked - but her little girl had stayed there through high school. And surely by now she was aware of what she was, although Seneca was confident the sisters had followed her directive, had kept her daughter from the ocean when she was small. She'd used all of her inconsiderable influence to ensure they would.

Seneca surged through the last twenty feet of water, took a breath, and re-entered the lake. She flipped and then propelled herself face-up, just below the surface this time so she could watch the clouds. She felt like she was flying whenever she did this. She felt centered.

Her understanding sharpened...and the decision to go became solid and right. She headed for shore thinking about all this place had been to her and what it would mean to her to leave it. She would try to leave her fosterling, Parker, behind, although she truly didn't know if she could.

And yet the more she contemplated a return to North Carolina, the more eager she was to get on with it and go. If she had to bring Parker, when then she would.

But she would at last, go to her beautiful baby, her girl. Carmen. She would find her and explain everything.

Listen to the songs that have inspired Breakwater...

"The Last Broadcast" by The Doves
"In Memory of Elizabeth Reed" by The Allman Brothers
"Our Deal" by Best Coast
"Shangri-la" by M. Ward
"Umbrella Beach" by Owl City

Errin Stevens writes paranormal suspense/romance from her home in Minnesota, where she lives with her husband and son. When not wrestling with unruly narrative – or reading everything from mythology to contemporary romance to literary novels – you’ll find her swooning over seed catalogs (winter), or digging in the garden (the other three days of the year). Visit her blog site at http://www.errinstevens.com for release updates and random essays on writing and mothering.

Posted by a booklion's hideaway at Wednesday, December 14, 2016