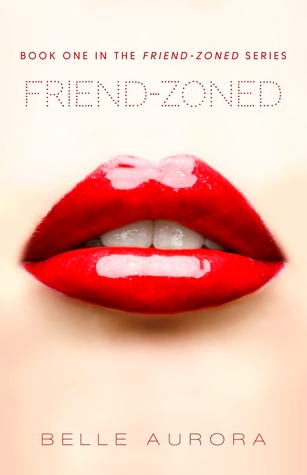 Nikolai Leokov never thought he'd fall in love with the only girl he's ever befriended.

Valentina Tomic has issues with commitment after the ultimate betrayal.

Nik is the owner of The White Rabbit club and Tina is the owner of Safira Clothing Store in front of The White Rabbit club. Tina sees Nik outside the club everyday smoking and never sees him smile. That is why, she sends him some candy of wax lips.
And here, Nik thinks that it's a ploy by some female. So he calls her to meet him at the club. But he realizes that she is genuinely nice and sweet. And soon finds himself getting friend-zoned by her!

Tina was a really nice and strong character. In spite of all the things she's been through(they were bad, but I don't wanna mention them cause it is a big spoiler), she was all cheery and full of life! Nik also has some issues but is sweet and super nice to Tina.
They are friends at first but then their feelings start to grow and they both deny their feelings for each other but then they can't ignore it.

Together they go through a lot of problems, but come out stronger. I liked them together. This book has the balance between hilarious and emotional situations.
“Fuck off, Beyoncé. There’s no such thing as angels. No one wears a halo. And if they do it’s only to disguise the pointed horns that sit atop their heads.”

“Some days are just hard and you want to go asleep and wake up a week from now knowing the problem is gone. Everyone feels like that once in a while.
Life can be overwhelming.”

Just when I thought that they'll now get their HEA and there comes a problem. And the story becomes even more interesting and you don't feel like keeping it down until you finish it.

“You're it. The one. The start. The finish. You are how my story ends.”

If you're looking for a light read, Friend-zoned is perfect for it!

Posted by a booklion's hideaway at Tuesday, February 17, 2015